Meet The President And First Lady Of Binary Options Trading

Binary Options.  What?  Even though it's been around since about 2008, it's still new to a lot of people.  In a nutshell, you make an investment on whether an outcome is going to be above or below a certain point when the time runs out.  In reality, you have a 50/50 shot of winning.  Sounds pretty simple, right?  You would not believe the science that goes into it!

Most binary options traders begin on their own and learn from the school of hard knocks.  Accounts are opened, mistakes are made, and money is lost; all too often.  People lose and declare it's a scam.

It's funny, when people win the lottery, their life is forever changed.  Many people go on to a better life, but many blow it all too quickly and don't plan for their future.  Somehow, blame for a "lottery curse" surfaces when the bank account is at zero.  It's easier to "point fingers" at a curse or label something a scam than take personal responsibility.

After being on the losing side for far too long, traders will sometimes seek out the help of professionals.  These experts will provide signals to you for a monthly fee to increase your win rate.  The reality of it all is even the best "signal caller" will have a loss from time to time.  There is no such thing as a 100% win rate.  In Binary Options, if you win half of the time all the time, you'll gradually lose money.  You need 60 percent or better to safely grow your account.

In the future, there will be a Google Hangout where they will share their incredible story.  We'll keep you posted!

After seeing so much of Antwan and Maisha's winning posts on Facebook, I had to seek them out.  What were they doing?  How were they doing it?  Could I do it, too?  I had to learn more!

There are a lot of events that happened in between, but to jump right to the details.  Antwan and I began to talk pretty regularly and I approached him with an idea:  If I could start a Nadex account with 10,000.00, what could we do with it?  Antwan was confident we could double it!  In the real world, that's almost unheard of unless you wait 7-14 or more years! 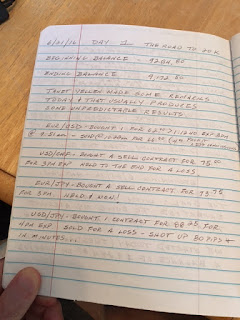 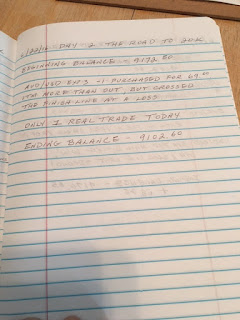 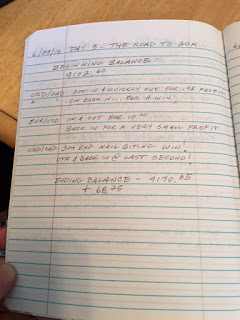 We ended our losing streak on day with 68.25 in the winning column.  My thoughts at this point, "can we really do this?" 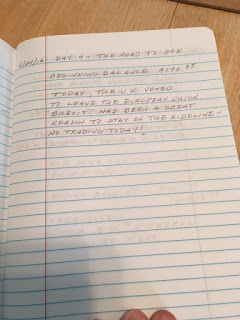 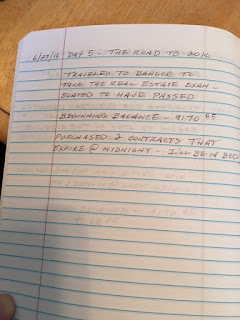 Notice that my note taking is getting shorter and less elaborate!  On this day, I passed the real estate exam in Bangor, Maine.  I was on cloud nine and didn't do a trade with Antwan until 10pm.  I was in bed when they expired...a winner! 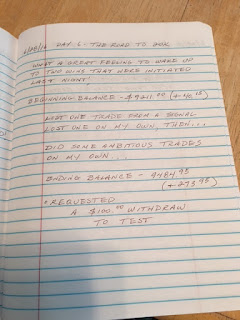 What a great feeling to wake up with two wins!  The best day so far...added 273.95 to the account.  My mind is still thinking, "Alright now.  It's almost the end of June and we haven't hit 10k yet.  I'm a very positive person, but I'm not sure this can really be done at this point." 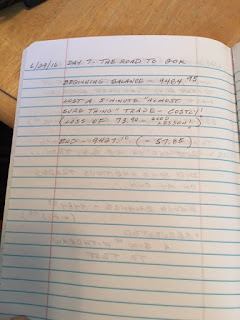 Some of my goofy experimentation lead to a 57.85 loss.  Not Antwan and Maisha approved! 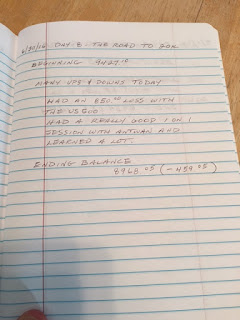 Now I'm having serious doubts and can see $10,000 of BORROWED money slowly going down the toilet!  I've never had a panic attack before, but I think I might have had one on this day!
Another loss of 459.05 and it's June 30, 2016.  My optimistic side is not feeling confident at all.  Although Antwan never gave up hope.  He assured me, "We'll get there, Sam!" 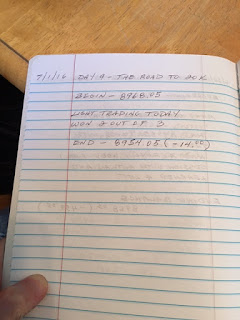 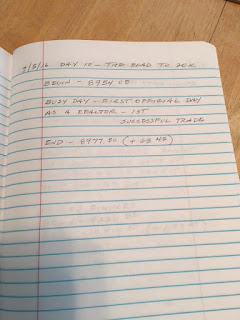 At this point, I'm elated with ANY profit...anything with a plus or W is a moment to celebrate!  We eaked out 23.45 win today.  As you can see, The Road To 20K is anything but smooth so far. 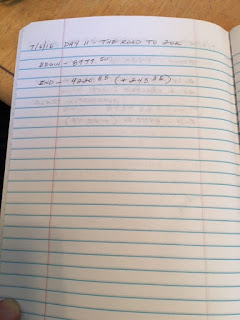 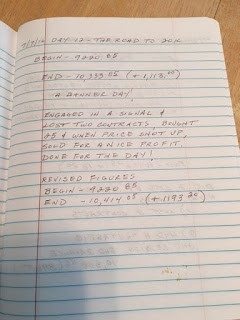 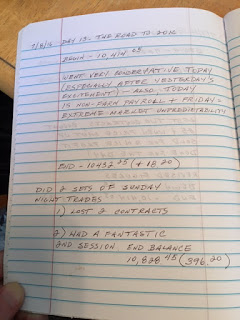 Another productive day!  Antwan and Maisha's signals brought my account balance up to 10,828.45! 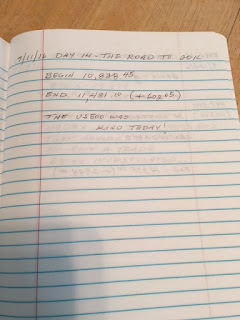 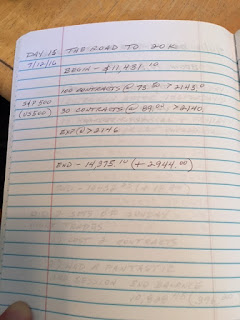 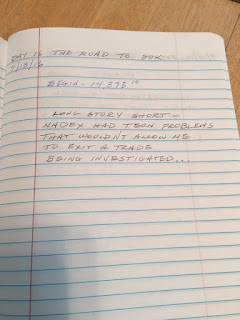 I'll never forget this day.  Nadex never has technical difficulties, but things got messed up.  Lost over 4k because I couldn't exit a trade when I was trying to.  Nadex was kind to credit a portion back, but it stung! 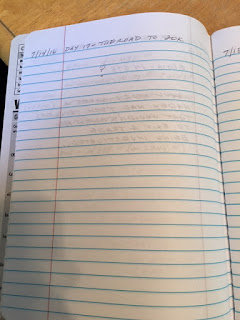 July 14, 2016 - Nadex was looking at and manually reconciling all account with reported technical difficulties.  I did not trade while this was being straightened out. 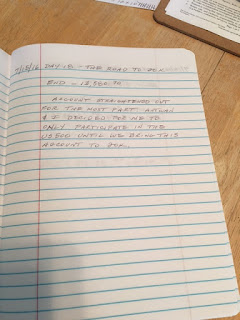 July 15, 2016 - Back in business - at the end of all the technical trouble, I now have 13,580.70 and I'm thankful for that.  Antwan, Maisha, and I decide that we will only concentrate on the US500 trade only.  This signal became so powerful that it was later nicknamed "Stealth"! 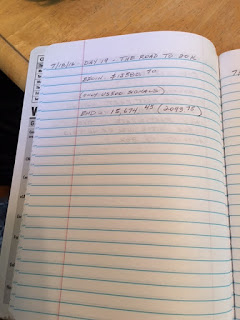 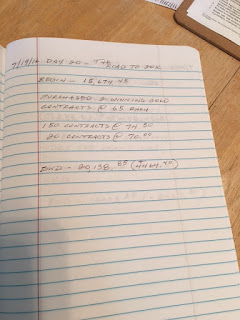 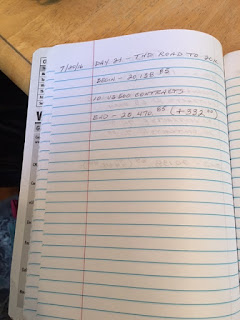 
The moral of the story:  Yes, it can be done.  Now it does help if you have a healthy balance where you have some leverage, but you can build an account with any balance.  All you need is 100.00 to open a Nadex account.

I'd like to leave you with Antwan and Maisha's 4 Golden Rules Of Trading:

In closing, I'd like to thank our remarkable team for their support, and endless gratitude to our mentors, Antwan Carly and Maisha Smith for an incredible job well done!

Sam Prindle
I am a lifelong DJ and Entrepreneur located in beautiful Lisbon Falls, Maine